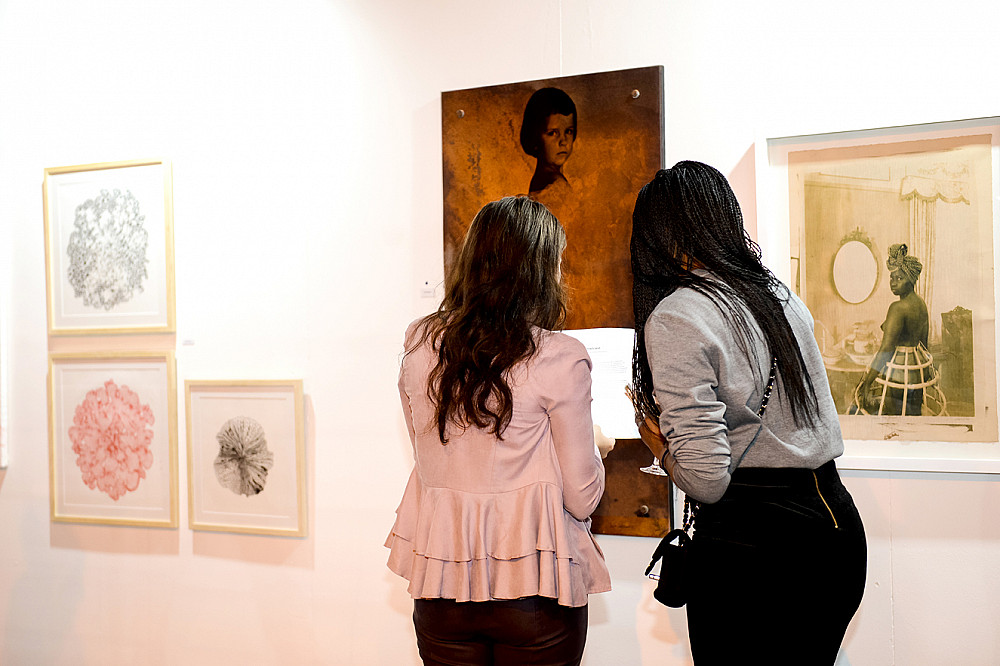 Setlamorago Mashilo currently resides and works between Johannesburg and Limpopo, South Africa. Compelled by a sense of social conscience, he incorporates proverbs and idioms in his mother tongue (Sepedi) into his multidisciplinary art practice, to translate the community’s oral histories into artistic interventions and installations.

Kamogelo Masemola, is a FUBA graduate, Johannesburg based Artist, drawn to the power of visual abstraction and industrial design. His career as an artist has exposed him to the different ways in which art can be presented and interpreted to further develop his technique, hence he calls himself, the scientist in Arts! The rich experience gained in fine arts throughout the years has fuelled Kamogelo's passion for teaching and developing other upcoming artists, especially from underprivileged communities​​​​​​​.

Anastasia Pather is an artist, finger painter and female. She is concerned with surface, gender and value. Born in 1987, she is yet to understand the formulaic act of an artist biography as anything other than proving you should be liked because someone has previously liked you. That being said she has done stuff including three solo exhibitions at 99 Loop Gallery in Cape Town. Anastasia is currently preparing for her fourth solo and recently returned from a residency in Morrocco.

Aysha Waja is a Johannesburg born curator with a strong passion for South African art. She holds an honours degree in Visual art from Wits University. She has at Art Logic, Turbine Art Fair and the Bag Factory Artists’ Studios. She has served as the Director for THE PROJECT SPACE (Johannesburg). Currently, she works as the Fair Manager for RMB Turbine Art Fair and is an independent curator, art practitioner, and artist mentor. She is passionate about and advocates for the development of female artists and creatives, specifically WOC.